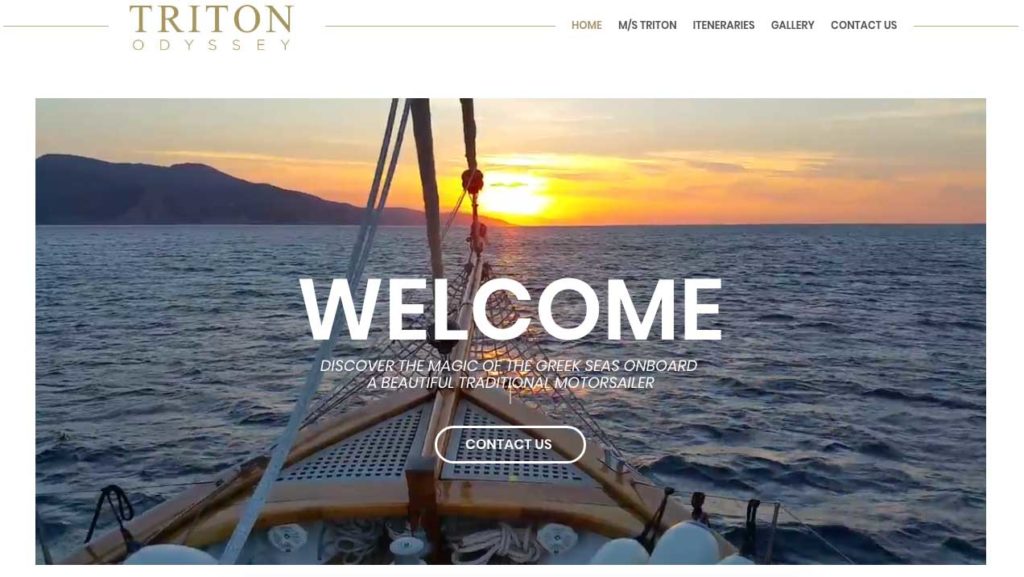 Triton is a beautiful traditional wooden motorsailer (called a karavoskaro in Greek) that’s just waiting to carry you across shimmering Greek seas to breathtaking beaches and hidden coves inaccessible by road.

"According to Greek mythology, Triton was the son of Poseidon, god of the seas. Most often depicted as a merman complete with the tail of a fish, Triton was said to reside with scores of mermaids in dreamy palaces deep below the water’s surface."

Visit Site
We use cookies to ensure that we give you the best experience on our website. If you continue to use this site we will assume that you are happy with it.OkPrivacy policy